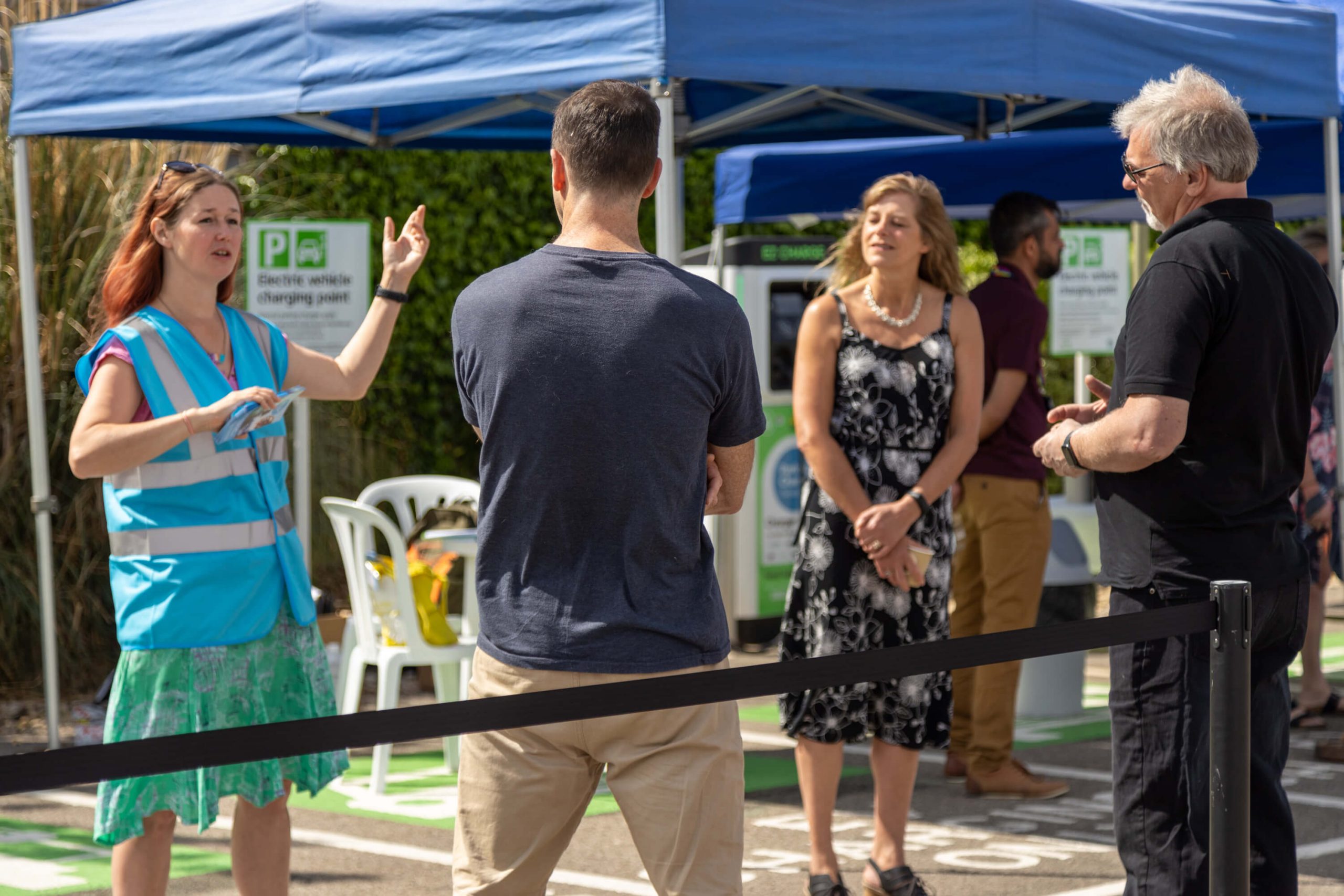 Bicester residents will be the first to take advantage of a multi-million-pound scheme, supporting the switch to driving electric cars by making it easier to charge them.

The £5.2 million Park and Charge Oxfordshire programme is amongst the first of its kind in the UK and is being delivered by a consortium of local partners including Cherwell District Council and Oxfordshire County Council. Preparation work will begin on Wednesday (11 November) to convert 12 bays at Bicester’s Cattle Market car park into an electric vehicle charging hub. These will be made available early next year.

Councillor Dan Sames, Cherwell District Council’s Lead Member for Clean and Green, said: “Electric vehicles are set to be more and more common over the next few years and supporting this move is a key part of our commitment for action on climate change. Introducing more opportunities for daytime and evening charging and creating a good electrical charging infrastructure is an essential part of our strategy. Many residents have been asking us to provide electric charging in our car parks, so I’m sure that this will be welcomed.”

With interest in electric vehicle ownership on the rise in the county, one key factor holding people back is the inability to easily charge them outside their home, with an estimated 35 per cent of residents having no access to off-street parking. The new Park and Charge Oxfordshire project offers an alternative solution by providing residents with the opportunity to park for free overnight in council owned car parks, while giving access to top of the range electric charging points.

Councillor Yvonne Constance, Oxfordshire County Council’s Cabinet Member for Environment, said: “From a climate emergency and air quality point of view, electric vehicles are the future of motoring. Many people want to switch to them but are put off by the difficulties involved in charging them if they don’t have off-street parking. That is why we are so excited by the park and charge project and the opportunity it will give so many people around the county to go electric. We are committed to going carbon neutral as an authority by 2030 and this is helping the county, as a whole, to go zero-carbon by 2050. Innovative schemes like this one, will help create the infrastructure that will make it easier for people to make changes to their lifestyles.”

Supporting the creation of green infrastructure, using low-carbon, energy positive technology is a core principle of the Bicester Garden Town project, with Bicester based company Zeta developing a state-of-the-art charger for the scheme.

Zeta CEO, Phil Shadbolt OBE, said: “This project leads the way for electric vehicle charging into the future. These hubs are needed to meet demand as the take up grows. Oxfordshire will be a trailblazer for this technology as we ramp up the production of chargers in Bicester.”

By 2025 an estimated 25,000 battery electric vehicles will be driven on Oxfordshire’s roads. To meet with this demand, a further 23 car parks have been selected for the project in the county, including in Kidlington, Banbury and Bicester. These will be rolled out later in 2021.

For more information about this release contact the Cherwell District Council and Oxfordshire County Council communications team on 01295 221517 or email communications.team@cherwell-dc.gov.uk