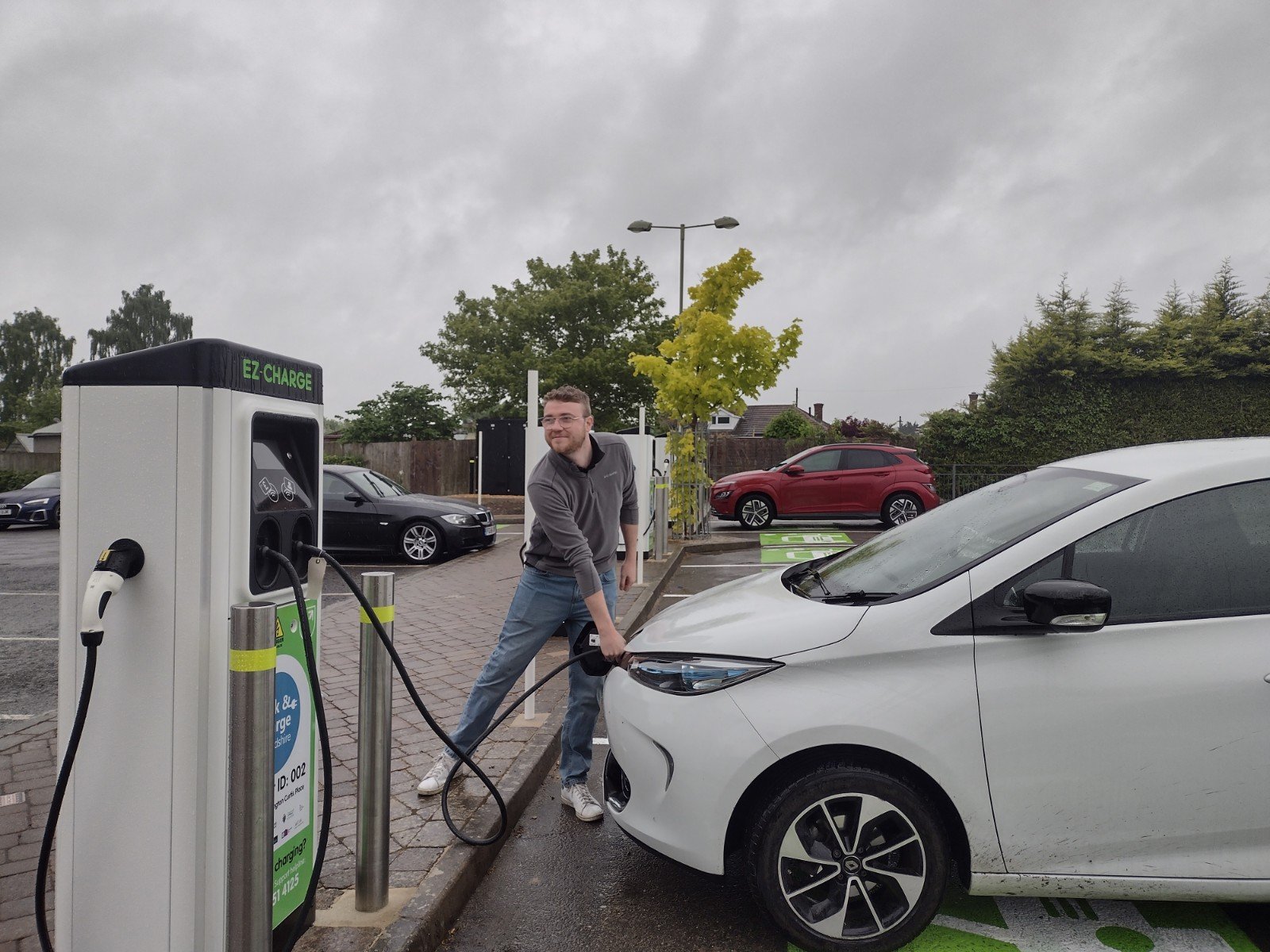 Cherwell District Council’s Windsor Street car park in Banbury has had 10 charging points installed, while at Curtis Place car park in Kidlington a further 12 are being connected.

The fast chargers will be powered on for public use on 18 May in Banbury and 20 May in Kidlington. They are ideal for either a quick top-up or a full, overnight charge. Parking is free after 6pm until 8am the next day at both car parks.

Councillor Dan Sames, Cherwell District Council’s Lead Member for Clean and Green, said: “We firmly believe that a widespread charging network will help fuel the move away from fossil fuel powered cars. We opened the first park and charge in Bicester at Cattle Market, which is already well used. These new sites extend charging facilities further within Cherwell district.

“What’s more, these chargers were designed and built from scratch by Bicester-based SME Zeta Specialist Lighting. They are an excellent example of the innovation and skilled employment that the town, with its strong links to motoring and aviation, is capable of delivering.

“We estimate that by 2030 one in five cars on our roads will be powered by electricity. Making use of council-owned car parks to facilitate adoption by local people who perhaps can’t easily charge at home is one way of driving this positive change.”

It’s estimated that 30 to 40 per cent of Oxfordshire residents don’t have a driveway or private parking suitable for home chargers, making public car parks an important solution.

People will be able to pay for their charge using contactless payments; no membership is required. They are being run by EZ-Charge, a trading name of Zeta, and are built to be reliable and convenient for users.

The chargers have a seven to 22 kilowatt output, which is enough to provide around a 60 mile range with two hours’ charging, depending on the model of car.

Park and charge is £5.4 million project funded primarily by the Office for Zero Emission Vehicles through Innovate UK and the On-Street Residential Chargepoint Scheme. Commercial partners have provided the rest of the funding for the project, meaning no costs to the council.

Further charge points are being prepared at Cherwell’s car parks at Claremont in Bicester and Calthorpe Street West in Banbury. Both of these sites will see their chargers go live in the coming weeks